The miracle of the Jerusalem Prayer Breakfast | Kosovo-Israel breakthrough

Meetings with the then Prime Minister Ramush Haradinaj and the Foreign Minister Behgjet Pacolli were vital since we could pray for the peace of Jerusalem and peace in the Balkans together.

Today we saw our prayers’ fruit – Israel and Kosovo officially established diplomatic relations in a ceremony held via Zoom video conference. Before the ceremony, FM Haradinaj-Stublla submitted a formal request to open an embassy in Jerusalem – which FM Ashkenazi accepted. “I hope to open the embassy soon with you,” FM Ashkenazi said.

Here’s a letter from Enri Ceno from Albania:

What the friends of peace need to know about the Jerusalem Prayer Breakfast, Special Envoy Richard Grenell, the peace efforts, their detractors, and the rest of the flock.

On February the 1st, Israel’s Foreign Minister Gabi Ashkenazi will hold a virtual signing ceremony with his Kosovar counterpart after an impossible deal brokered by the Trump White House in September 2019. Just two years ago, this seemed an improbable event, which would raise eyebrows on both sides of the Atlantic. Four years ago, it would be considered ridiculous and maybe just a publicity stunt. Fast backward, a decade ago, and seasoned diplomats would call it a downright blasphemy.

Yet this massive camp of detractors, politicians, diplomats, open society pundits, leaders of thought and opinion, liberals, and non-liberals, war-hawks and lovers of peace, on February the 1st, will get precisely that formerly impossible deal served: on Monday, February the 1st, 2021 at 15:00, diplomatic relations between Kosovo and Israel will be established. Those considering Special Envoy Grenell and President Trump’s efforts a mere hoax, a thing to score few electoral points at home, with Trump gone, will now do what best suits them: go ahead and claim credit for themselves.

Let us briefly recall what is at stake, and let us make that loud and clear so that history is not written in uncertain terms by the usual team of history’s questionable winners:

The keystone for the mutual recognition between Muslim-majority Kosovo and Israel was laid at a summit of Kosovo-Serbia leaders at the White House in the presence of then-President Donald Trump. Once the US administration changed, few would believe that what so many pundits thought impossible would still be possible. Yet, – again, and once again – facts, the simple truths of life, will prove them wrong.

This all said, it is good, to tell the truth as it is. Like all great things of this life, it all started in a simple and down to earth kind of way. It was late November 2018 when I had the honor to visit Pristina with a group from the Knesset of Israel, a former member of the US Congress, Michele Bachmann, representatives of the Jerusalem Prayer Breakfast, and a small group of Israeli investors.

Seen from a bird’s eye view, four years from that point in time, the absolute credit for establishing the historic diplomatic relations between Kosovo and Israel countries belongs to two individuals, the US President’s Special Envoy for Kosovo Richard Grenell and President Trump’s adviser Jared Kushner. Without these two, little would be possible. Their brilliant and daring plan has been praised and supported by the new US Secretary of State Antony Blinken, who pledged support by the new administration.

We did not have those big friends back then, so we started small. One needs to start from somewhere, and the Jerusalem Prayer Breakfast was precisely the place we started.

The message we gave back then to the Kosovo Prime Minister of that time was pure and straightforward – working for reconciliation with no diplomatic plan B-s, with nothing but peace as an option would make Kosovo, Israel, Serbia safe places to live for generations to come. That simple idea started to win ground at that time and at that place – and that was precious ground because it did not measure in square miles, but in those precious centimeters that make the human heart worth conquering. While praising the abstract idea of peace in the world in countries marred by the terrible practicalities of war for long decades might sound a bit like the usual beauty pageant cliché, the JPB team did far more than that. It directly engaged with leaders, in the US and Kosovo, first to make the impossible seem worthy of consideration, and then to make what seemed faintly possible a real opportunity, worth for review from global leaders – and when the game got big, President Trump, Special Adviser Kushner, Special Envoy Grenell did enter the field. That was, in very few simple words, the miracle of the Jerusalem Prayer Breakfast.

Yet, what was at stake back then? A refresher here would be in order. Those following the developments in our part of the world will recall that the Trump administration recognized Jerusalem as Israel’s capital in late 2017. It moved the US embassy there in May 2018 and asked allied countries to do the same. The Jerusalem Prayer Breakfast humbly asked the Kosovo authorities to lend an ear to that request, regardless of the crazy chorus of Trump detractors that called Kosovo to do otherwise. As succinctly put by the Times of Israel, it should be noted that until that time, Pristina had not recognized Israel not because its Muslim majority was opposed to it but because Israel had not recognized Kosovo yet either. Ironically, indeed, Israel refused to recognize Kosovo because it did not want to support a unilateral statehood declaration.

See: Kosovo says it will formally establish diplomatic ties with Israel on Feb. 1

So, work needed to be done to win hearts and minds on both sides. And the Jerusalem Prayer Breakfast took it upon itself to do part of that work. In its humble, low-key manner, it laid those incredible foundations that would support the weight of giants of world diplomacy.

I think that when that signing of the Kosovo-Israel diplomatic relations finally takes place on February the 1st, 2021, a little thank you for the Jerusalem Prayer Breakfast would be in order. Not because they need it, not because they and their likes like Congresswomen Bachmann or Knesset Member Robert Ilatov are out in an improvised quest for glory and eternal recognition, but for the most straightforward reason in the world –they deserve it. So I take it on me to thank them, at least on behalf of all those Albanians in Albania and Kosovo who know very well what peace means in our generation and for the generations to come. 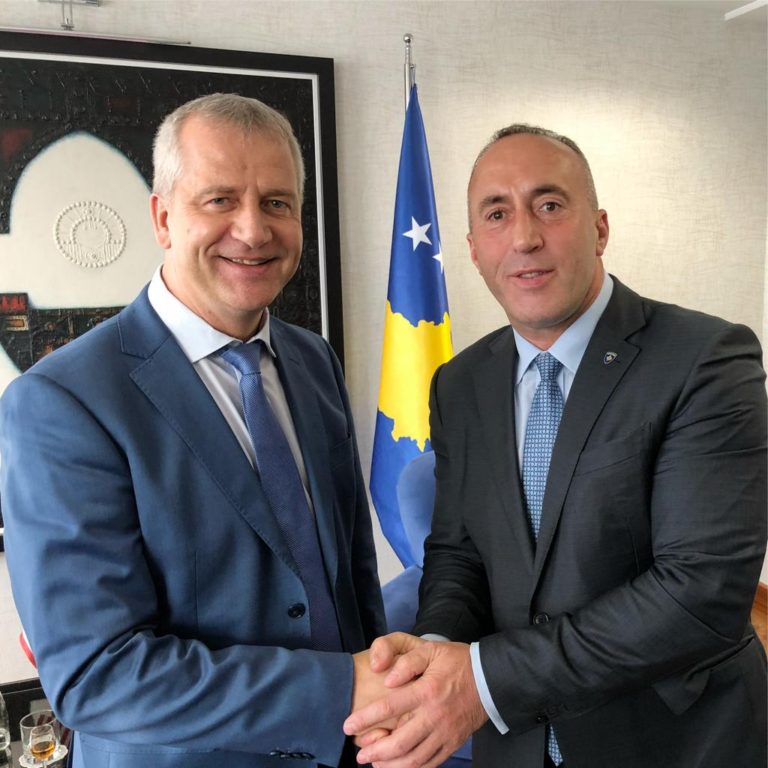 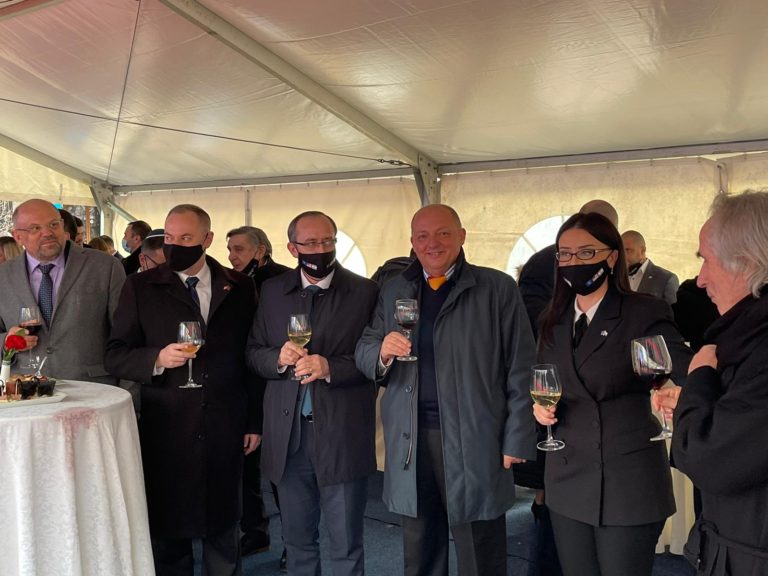 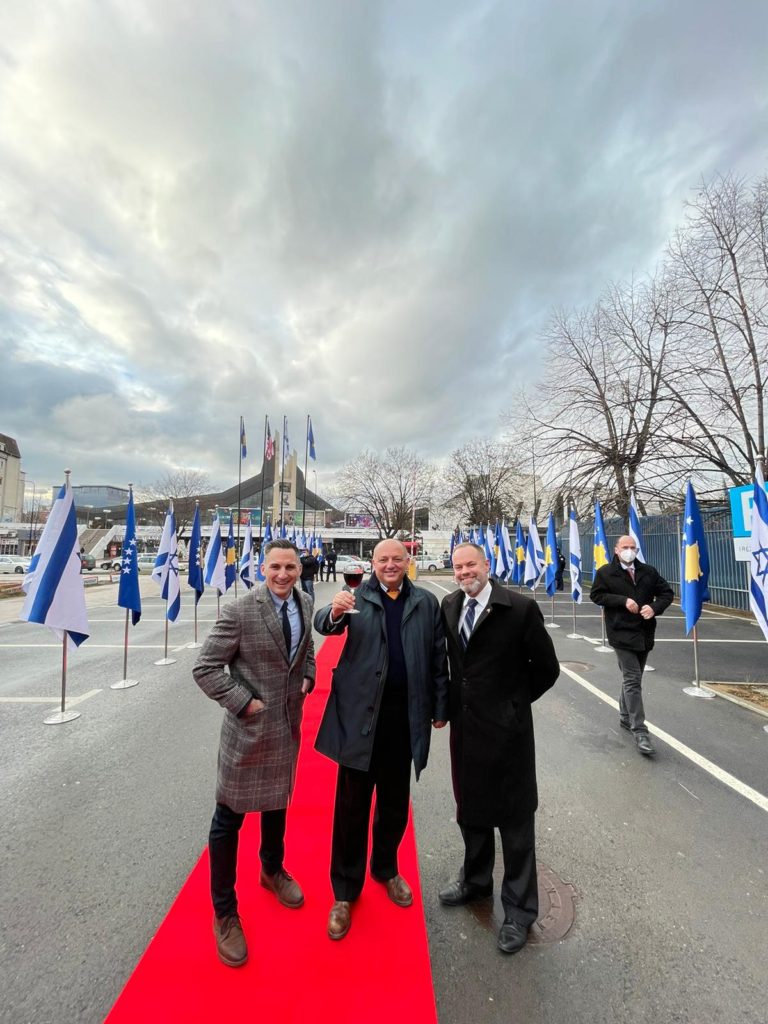 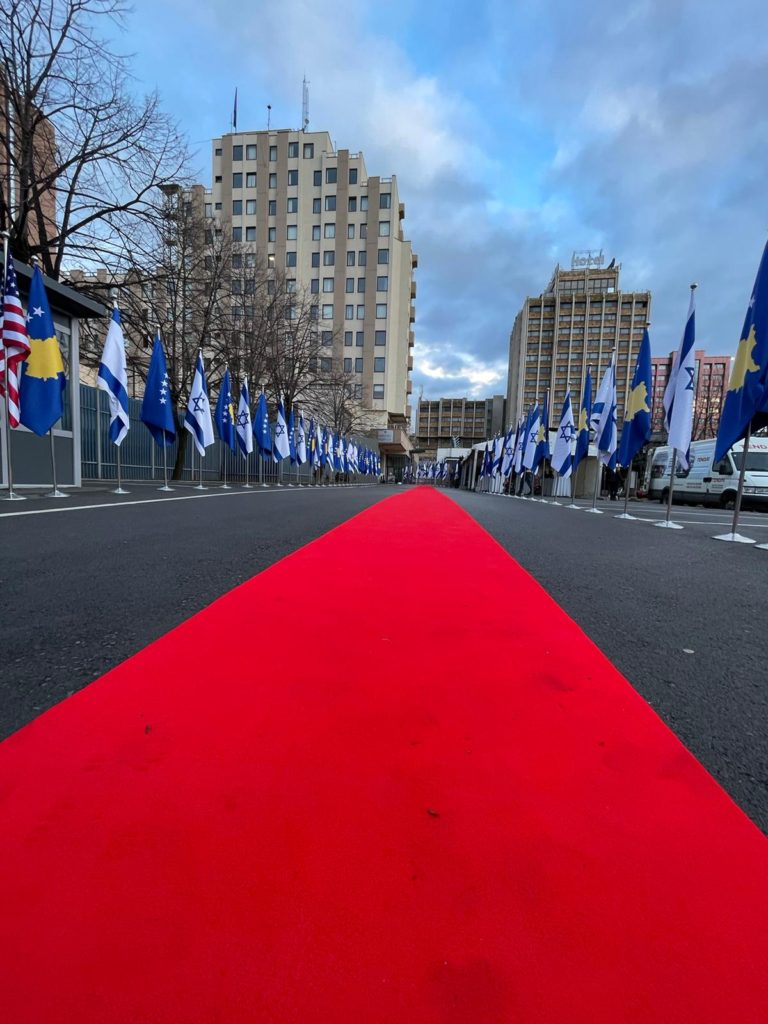 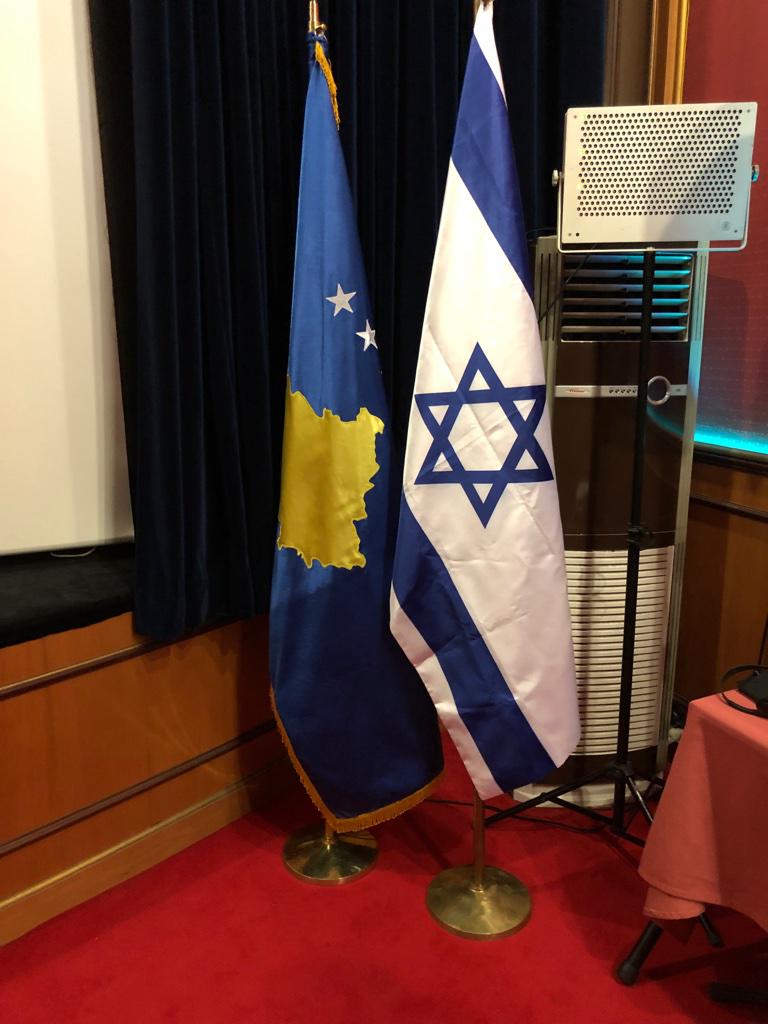 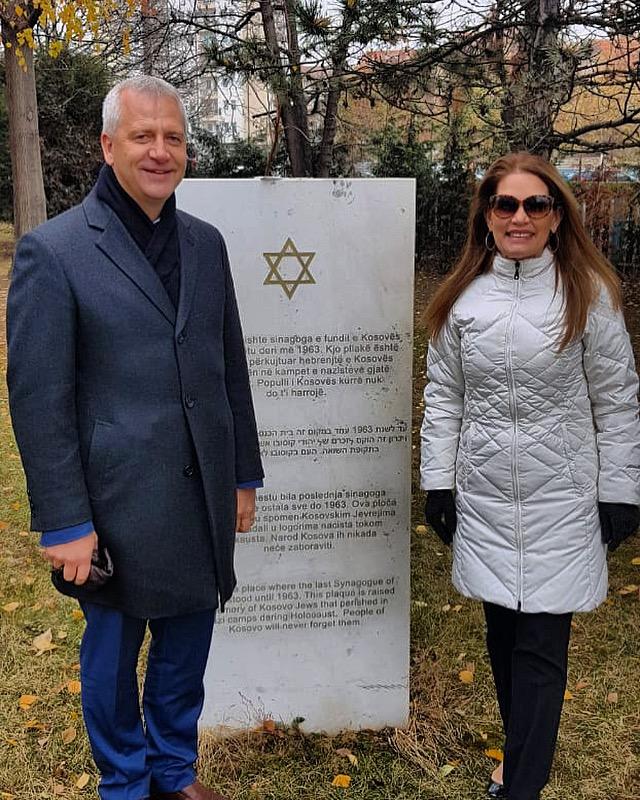